GÜNEŞ MÜFTÜOĞLU He was born in Çaycuma / Zonguldak in 1945. He completed his primary and secondary education in Çaycuma. He completed his high school education at Mehmet Çelikel High School. Later, he graduated from Istanbul Faculty of Law. During his higher education, Müftüoğlu, who studied at the Üsküdar Music Society under the direction of the late composer Emin ONGAN, took part in the society's Istanbul Radio choir. Following his military service, Müftüoğlu, who worked as a lawyer in Çaycuma, also worked as the Legal Counsel of the Union. He was elected as a deputy from Zonguldak in the 1987 and 1991 parliamentary elections. Between 1992-1995, he served as the Deputy Head of the DYP Group and served as the Minister of State in the 50th Turkish Government. " Meclisin İçinden-Eylül, 1995", " Hukuk Devleti Ağustos 1994" and “Sosyal Devlet ve Hukuk Devleti-Aralık 1995” published by Müftüoğlu. He has books named "Türkiye’de Merkez Sağ ve Merkez Solda Birlik Arayışı", "Zonguldak Araştırması-Ağustos 1997" ready to be printed. Müftüoğlu, who is also a qanun artist, has works on Turkish classical music. His songs named "Zonguldak Şarkısıin Uşşak maqam and nimsofian rhythm and "Mavi Dilekler" in kürdili-hicazkar maqam and düyek rhythm are included in the TRT repertoire. Other works found are: Kürdili-Hicazkar Şarkı “Yeşil Yeşil Gözlerini Gözlerinden İsterim“ Uşşak Şarkı “Zonguldak“ 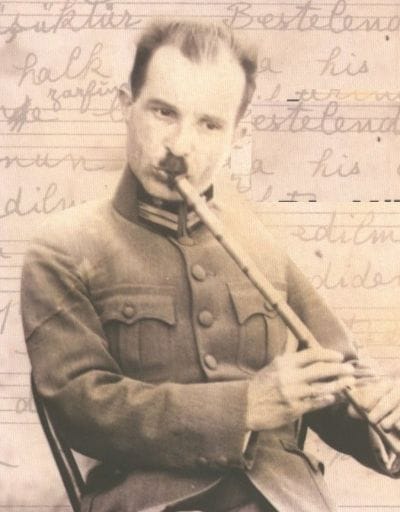 DR. OSMAN ŞEVKi ULUDAĞ He was born in Bursa in 1889. He graduated from the Military Medical School in 1912. Became a TB and X-ray specialist. As a military doctor, he worked as a physician on the front lines of war until 1922. He participated in the Balkan War, the First World War and the National Independence War. He was on the Çanakkale, Dobruja and Romania fronts between 1914-1918. He moved to Anatolia and worked in the Ministry of National Defense Health Department and Eskişehir Front. He retired in 1930 due to medical reasons and forcibly left his duty as a military doctor. He started working in civil hospitals. He worked as chief physician in Bursa and Istanbul Eyüp Sultan Tuberculosis Dispensaries. He was elected as a deputy in 1935. Between 1935-1946, V. VI, VII. period, Read More »Parliamentary Composers-11

DR.OSMAN ŞÜKRÜ ŞENOZAN He was born in 1874 in Süleymaniye, Istanbul. He is the son of Ali Osman, the Bekçiler Steward. After completing his secondary education in Şehzadebaşı Junior High School, he graduated from Istanbul Faculty of Medicine. He specialized in internal medicine. He worked as a municipal doctor in Midilli and Muğla and as an internal medicine specialist in İzmir Country Hospital. He served as a doctor colonel in the War of Independence. He won Atatürk's love and appreciation. He served as İzmir Health Director for 17 years until the Greek invasion. Until 1922, he was the Ministry of Health Directorate of Sanitation. He entered the Assembly as the 5th Term Kastamonu Deputy. Later he continued his life as a doctor. Read More »Parliamentary Composers-10

HASAN ALİ YÜCEL He was born on December 16, 1897 in Istanbul. He graduated from Istanbul University, Faculty of Literature, Department of Philosophy in 1921. In 1922, he was appointed to Izmir Teacher Training School as a literature teacher. Later, he was appointed as a philosophy teacher at Kuleli High School, Istanbul Boys' High School and Galatasaray High School. He taught philosophy, sociology and literature in these schools. He was assigned to the education inspectorate in 1927. He was then sent to France for a year to study the education system. Upon his return, he was appointed as the director of Gazi Education Institute. Between 1933-1935, he served as the General Manager of Secondary Education. In 1935, he was elected as İzmir Deputy. Read More »Parliamentary Composers-9

What Should I Pay Attention To When Buying Ney?

The most important thing to pay attention to when buying ney should be the fact that the tuning is made by a person who knows this job and blows the ney according to the type of ney. When buying ney, you should preferably hold it with your own hands and see if it suits your finger structure. In addition, according to your own blowing style, it should be checked that some known notes are matched each other in both open / closed position and the back hole must be according to your upper hand holding ney. Read More »What Should I Pay Attention To When Buying Ney? 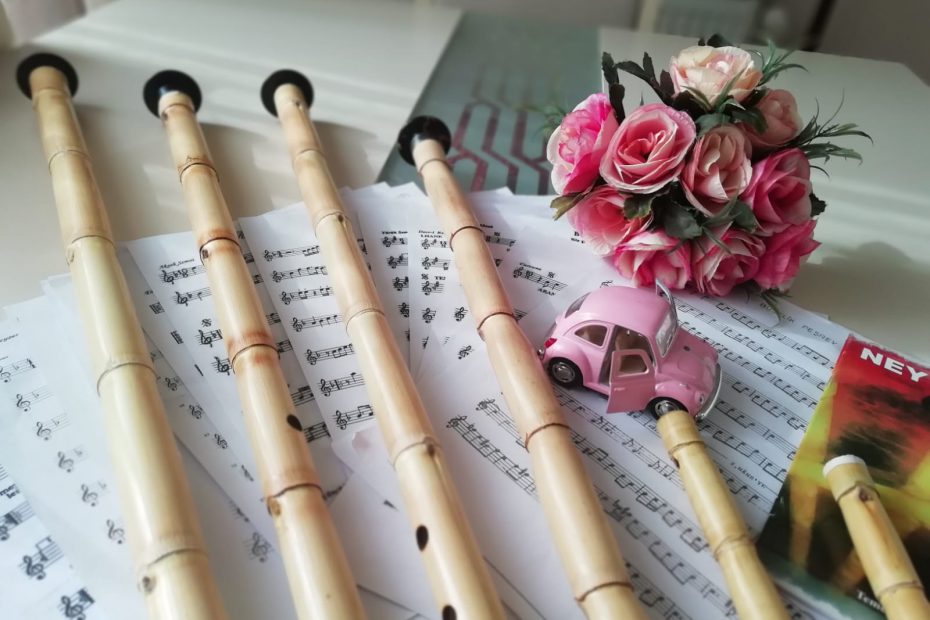 What parts does Ney consist of? If we talk about the structural features of ney; What parts does ney which have a cylindrical structure with two open ends and which we include under the title of "how do we manufacture" consist of? Ney consists of three main parts: reed, parazvâne and başpâre. Parts of Ney 1-Reed: A reed consisting of nine knuckles of equal length, not much wall thickness, hard and durable outer wall, cut and dried at appropriate times constitutes the main material. The reed should be chosen carefully because the sound is obtained from ney is obtained as a result of the air blown into it vibrating the fibers in the natural structure of the reed. Read More »Ney's Structure And Parts

Is It Difficult to Learn Ney? 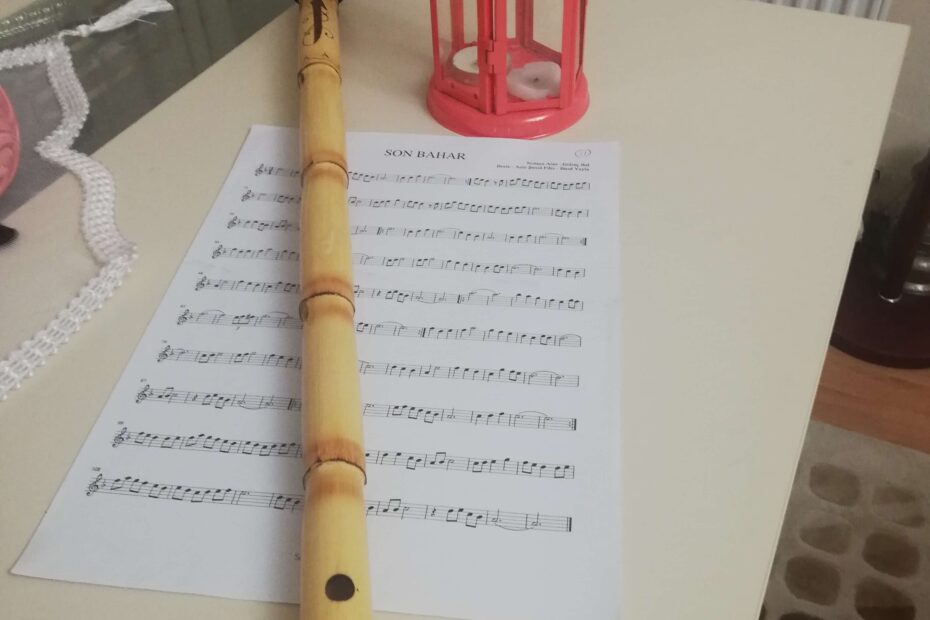 NECİP MİRKELAMOĞLU He was born in Birecik district of Şanlıurfa in 1922. He graduated from primary school in Birecik, secondary school in Adana and Male High School in İzmir. He completed his higher education at Istanbul University Faculty of Economics. He became the last president of the Izmir Community Center. He continued his writing career, which he started by writing and publishing magazines in Istanbul in 1945, with columns and political series in various media organs. He entered political life in 1946. He took responsibility at every level from the CHP's quarry organization to the provincial administration in Izmir. He entered the Turkish Grand National Assembly in 1961 as a deputy for İzmir. He was a member and spokesman of the Budget and Planning Commission. In 1968, he was elected as a member of the Republic Senate from Izmir. He was in the Administrative Office of the Senate of the Republic. He continued his duty in the Turkish Grand National Assembly as the Deputy Chairman until 1977. Read More »Parliamentary Composers-8

MANYASİZÂDE REFİK BEY He was born in 1854. He is the son of Manyasizâde Rauf Bey, professor of civil law at Istanbul Faculty of Law (Mekteb-i Hukuk-ı Şahane) and a member of the Supreme Court. He graduated from Galatasaray High School and Istanbul Faculty of Law. He worked as a lawyer and legal counsel in Kavala and Thessaloniki cities. He joined the new Ottomans. He worked as a professor at Law and Political Sciences Faculties at a young age. His professorship was dismissed as he became a member of the Committee of Union and Progress (İttihad ve Terakki Cemiyeti). In 1908, he served as the Istanbul deputy in the first assembly of the Second Constitutional Monarchy. In the first cabinet, he was assigned to the Ministry of Police (Ministry of Police and Gendarmerie). He resigned from this post very soon. He undertook the duties of the Ministry of Justice in the governments of Grand Vizier Kamil Pasha and Hilmi Pasha. He was elected as the President of Istanbul Bar Association. He was one of the famous lawyers of his time. He had defended the Grand Vizier Ahmet Mithat Pasha and his defendants in Yıldız Court on the grounds that Sultan Abdulaziz was assassinated by them. He had close friendship with famous names of the freedom struggle, especially Namık Kemal He died on March 4, 1909 at the age of 55. He was buried in Kovacılar Cemetery in Fatih. He was a precious musician. He did not give much work, as he devoted a lot of time to secret political activities. He played to the famous composer İshak Varon and musician lawyer Hüseyin Tav. The song sûznak in sengin semai style, written by Namık Kemal, gained great appreciation. “Zevkin ne ise söyle; hicap eyleme benden” Read More »Parliamentary Composers-7

There are no users currently online